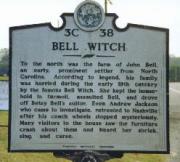 No supernatural story in American history is more famous than that of the Bell Witch. In fact, tales of the spirit were so widespread that they caught the attention of a General and future President, Andrew Jackson.

To the right you will see the very famous picture of Betsy Bell, John Bell's daughter. Betsy was tortured by the Witch for several years of her childhood.

What was the Bell Witch? Like most supernatural stories, certain details vary from version to version. But the prevailing account is that the Bell Witch claimed to be the spirit of Kate Batts, a mean old neighbor of John Bell who believed she was cheated by him in a land purchase. On her deathbed, she swore that she would haunt John Bell and his descendents. The story is picked up by the Guidebook for Tennessee, published in 1933 by the Federal Government's Works Project Administration.

Every fall thousands of people travel to Robertson County to see for themselves what the Bell Witch hauntings are all about. Learn about John Bell his daughter Betsy her never-to-be husband Joshua Gardner and the witch Kate who is said to still haunt the Bell Witch grounds. 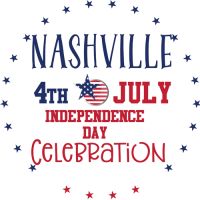