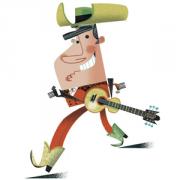 Hank, Johnny, Chet, Patsy, George, Tammy, Conway, Loretta, Dolly, Merle, Willie... there was a time when country music was on a first name basis with its fans. A time when the streets of downtown Nashville were alive with the sound of backroom guitar pulls, midnight jamborees and the Grand Ole Opry.

Now you can recapture the magic of this golden era on the Walkin’ Nashville Music City Legends Tour. Packed with history, fun trivia and behind-the-scenes anecdotes about your favorite country legends, this two-hour walking tour is designed for music lovers who want to know the real story of how Nashville came to be called Music City.
You’ll see:

As well as the former sites of long-lost treasures like:

Your friendly guide is Grammy-nominated music journalist Bill DeMain, a writer with over twenty years experience who’s contributed to publications such as MOJO, Classic Rock and Entertainment Weekly, and published four books, including the popular humor collection, The Sterling Huck Letters.

An acclaimed songwriter, DeMain has had songs covered by such artists as Marshall Crenshaw, Kim Richey and David Mead. He’s also one half of the internationally acclaimed pop duo Swan Dive, who’ve appeared on Late Night With Conan O’ Brien, shared the stage with such artists as Norah Jones, and twice won Best Pop Album in the Independent Music Awards. DeMain’s songs have appeared in TV shows such as Sons of Anarchy, Private Practice and The L Word, as well as in commercials for Laneige, Samsung and Sky Mobile.

A long-time Nashville resident, DeMain will take you through decades of musical history, from classic country and western to R & B to rock ‘n’ roll, for a one-of-a-kind tour experience that will make your visit to Nashville an unforgettable one. 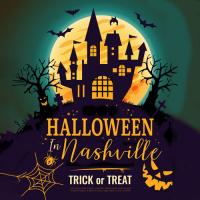